Then Monday came, August 20, 2012. To get a kick start, I used a so-called VLCD (Very Low Calorie Diet), which means that you only drink water and “powder shake” and a calorie intake of about 600 calories / day, A little recalculated, this is little more than just a big French fries on any of the fast food chains. But of course,and the shake does not contain as much fat. 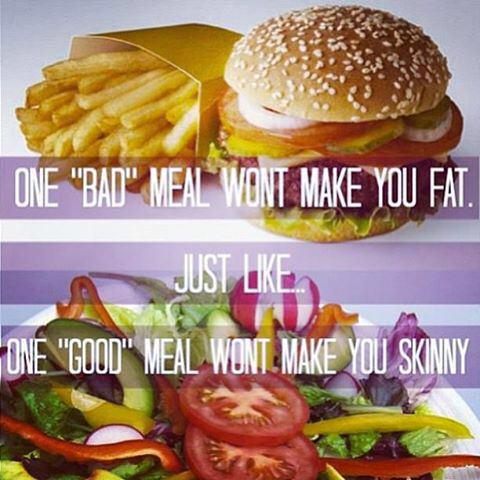 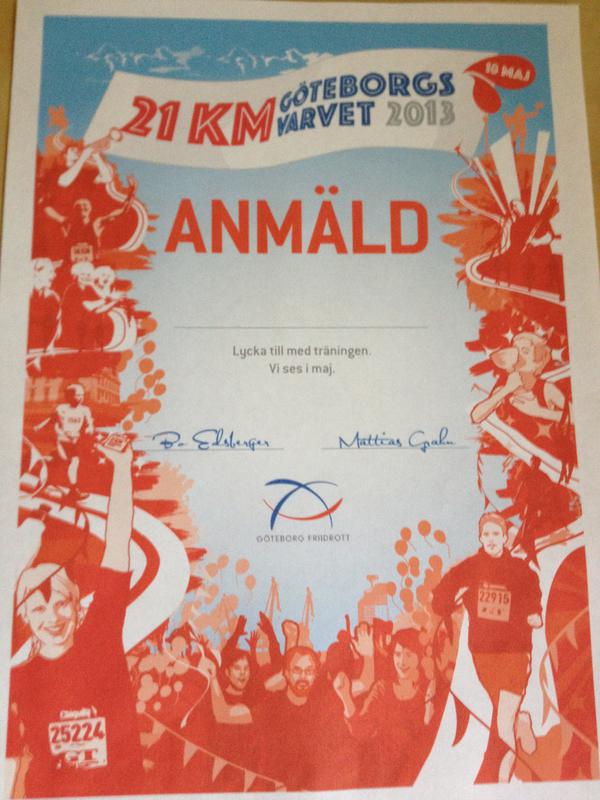 The biggest challenge was that I added a lot of exercise. I started slow running on a famous 5km loop, I also sat on the rowing machine and measured kilometers by kilometers, 7-8 passes a week. Already the first week I felt I had to put some pressure on myself, I signed up for the Göteborgsvarvet a famous Swedish half marathon race and gave me the statement that I would get through it! Of course, I got a little pain in a foot, a knee, a hip or whatever it was, but then just change the exercise and did another thing. Did I get hurt in a knee of running, I did my exercise at the rowing machine for a few days until the pain was gone.

The VLCD diet worked for the first three weeks and soon I noticed that the energy I ate and drank was not enough and I had to add a little more calories for the body to co-operate, it was clear when I ran out of  fuel, I had to go home after work and lie on the couch for the rest of the evening. And after that happened to me the first time I stopped drinking just shake but it was still in my diet but just between meals. Now I started adding oatmeal porridge, tuna, cottage cheese, beef, steak and of course chicken but also other low-calorie foods but still “just” 1000 calories/day. With this, I felt that I got more energy and could work harder until it happened next time (the sofa crash) but this time I just knew how to overcome it, a little more fuel. 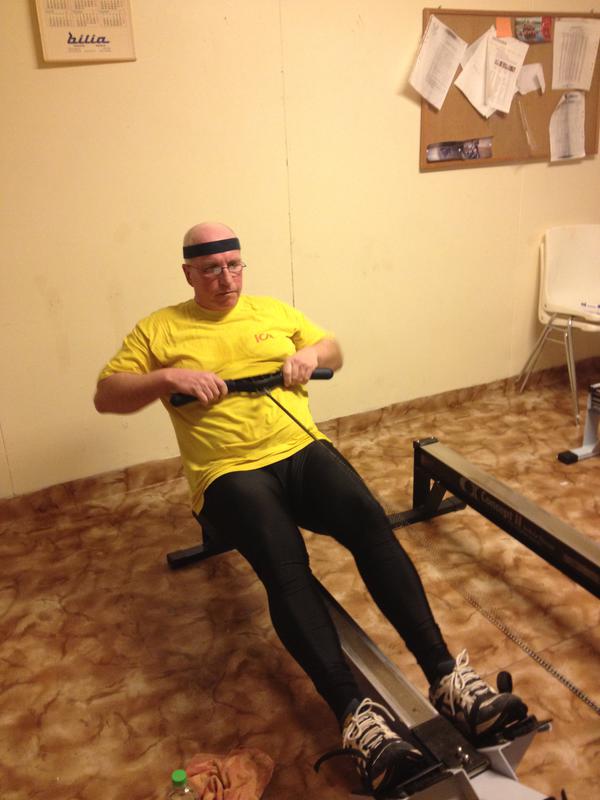 During the first time, I had great help from training along with Dad who was also a bit overweight. And having someone talking to who was at the same level as me was worth gold, someone close to supporting and boosting me, like a second me when you want to discuss diet and exercise. 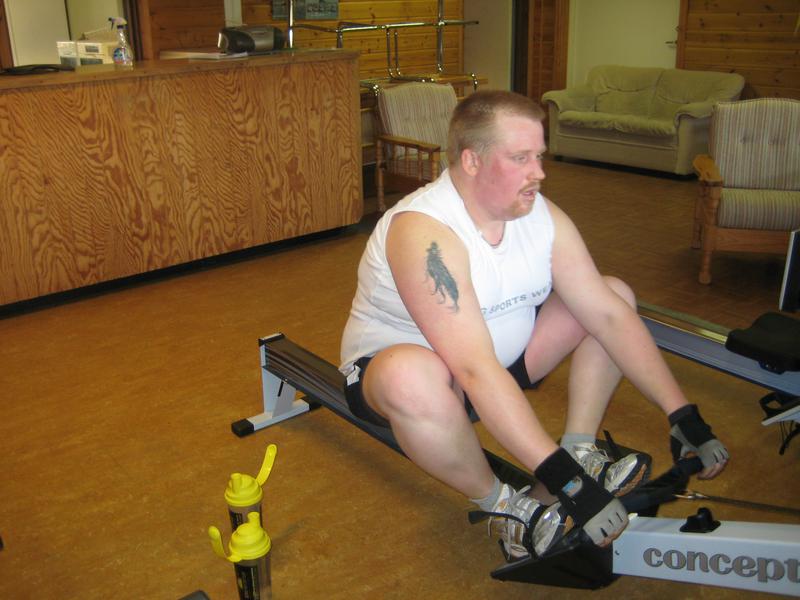 The most important thing was not to give up, not to feel sorry for myself. Regardless of the weather and wind, I went out, usually, I packed my training bag in the morning and practiced immediately after work without going home, then it was easier because if I went home there was always the risk that I ended up on the couch and never got away. 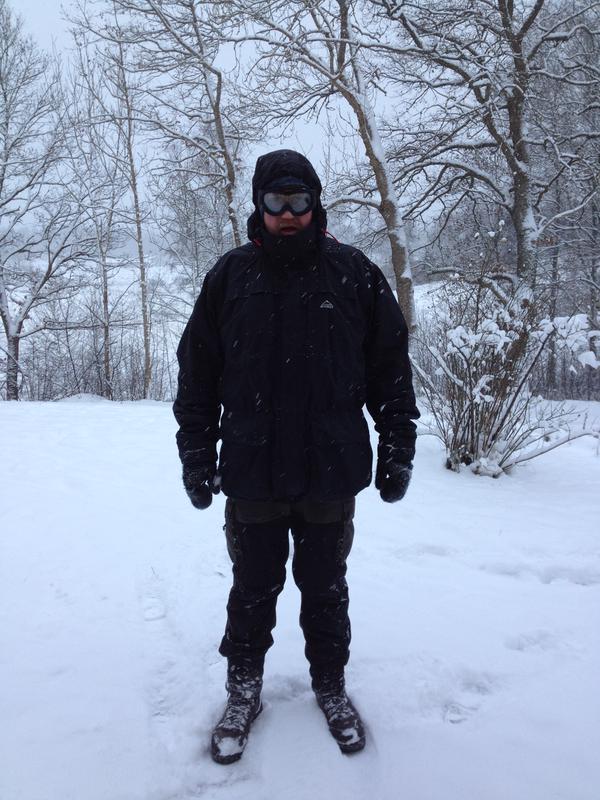 The successes came immediately, the kilos went away and one week before Christmas I had lost 22 kilos. Then I told the mother-in-law that if I have not lost 25 kilos before Christmas Eve so there will be no Christmas food for me, but thankfully (for my family) I succeeded! The Christmas food was of course on my terms, so I made some of my own food, low-fat style!

Spring 2013 came, and our newborn son who was to be called Gustav should be baptized.
I have previously told Petra that I will not get married until I weigh less than 100 kilos, just days before the ceremony, I managed to get the scale to land at 99 kilos. During the ceremony when we were supposed to thank the guests for the presents I saw my chance, both me and Petra stood on the little scene that was in the room, and I went down on my knees, in front of relatives and friends, and asked Petra if she wanted to be my wife , just five months later, in August, we had our wedding party in the same place. And a little note to this, I had only dropped about 4kg in weight but still could not have the same costume at the wedding as at the baptism. The new one was 2 sizes smaller. 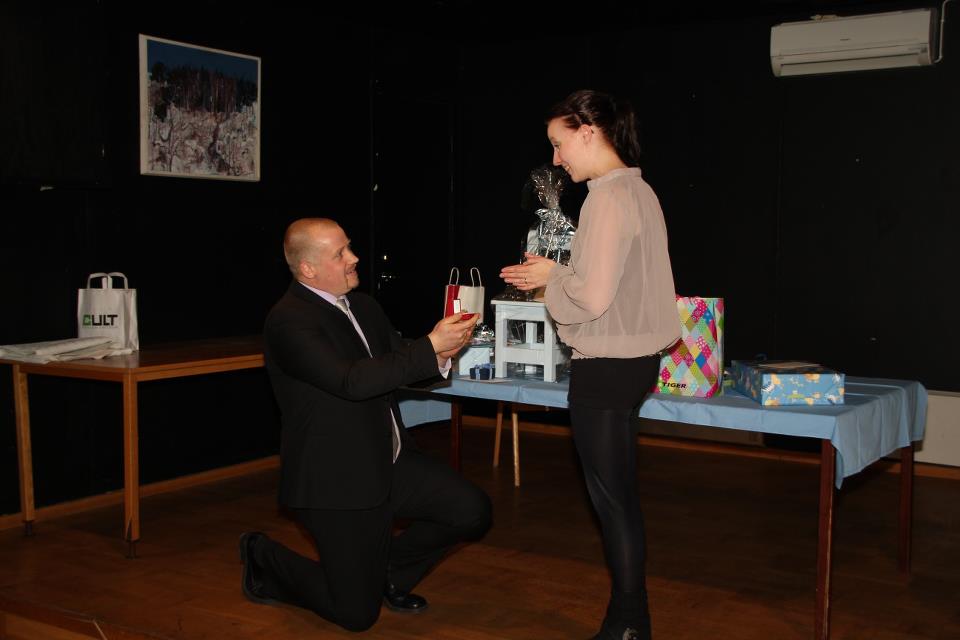 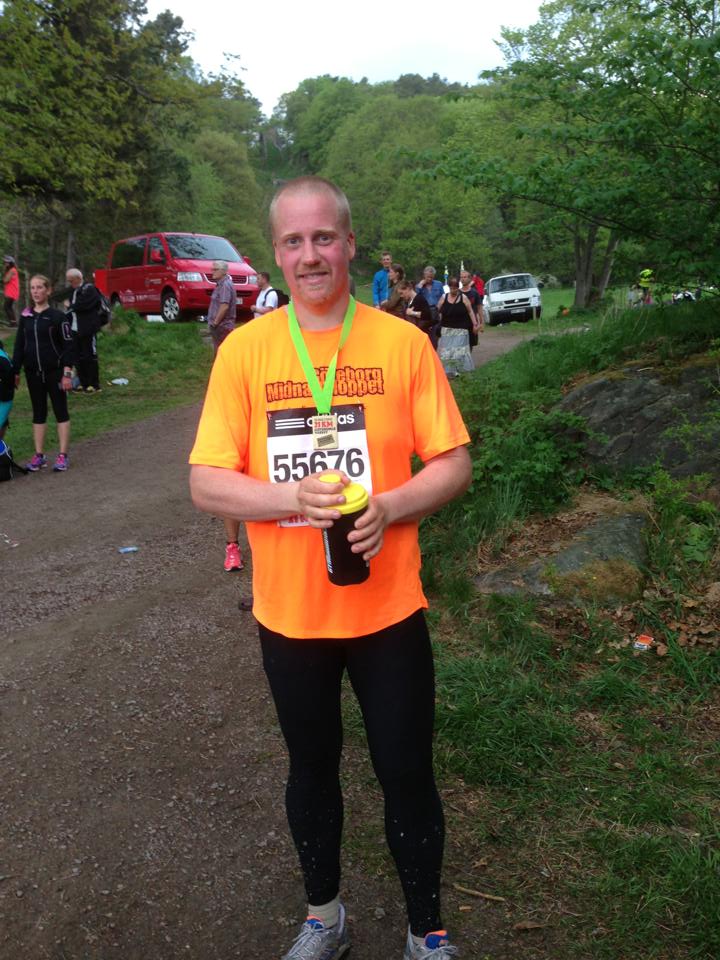 But back to a few weeks before the half marathon race, which is in May every year, the atmosphere began to be stressed at home. I had several weeks before my first competition suffered from nervousness which was clearly felt more for the family than myself. On Saturday, May 18, we went to Gothenburg (many hours too early), guided by a father-in-law who had ran the race earlier years and has a better view than me. We initially had a good trip and the weather was great, we could easily relax in de start area. When it was finally time to run away at the start, the weather struck, and a real thunderstorm hit the start area, during the rest of the race I experienced rain, hail, a lot of wind and sunshine but 2 hours and 4 minutes after start I was in goal. I had managed to complete a “Göteborgsvarvet” the world’s largest half marathon! And what an incredible feeling it was running all the way 21,1k. 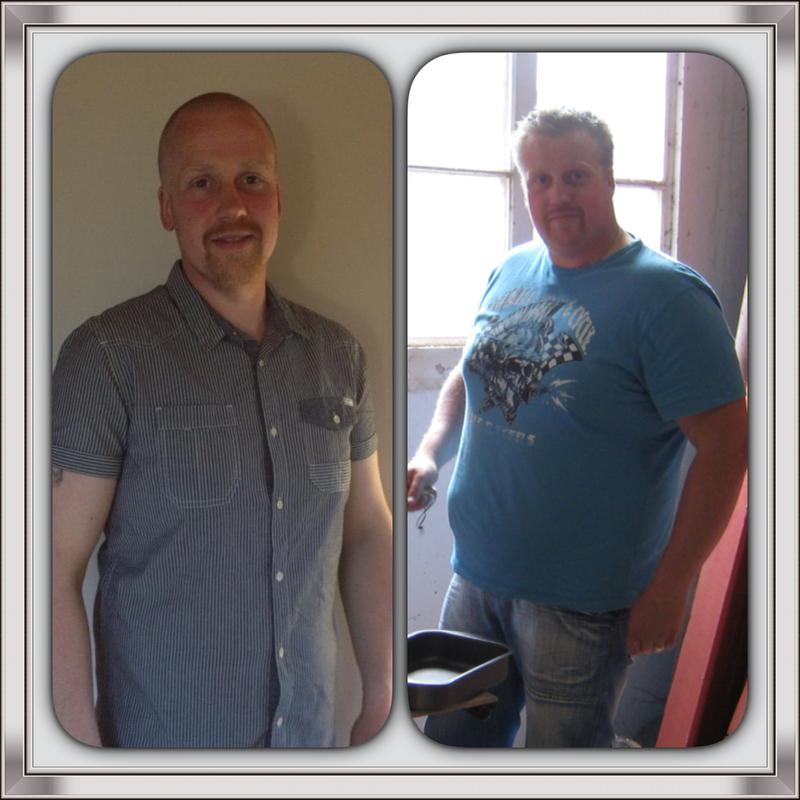 Monday, 27th of May it had been 40 weeks since the start of my new life, and that morning the scale showed 91.7, I had done more than 40 kilos in 40 weeks! Now, a new chapter began, I realized how fun it was to compete and how important it was with intermediate goals such as competitions, so I decided to make a race called “A Swedish classic” four big races swim, run, cross-country skiing and biking, and this in my journey to The Ironman.

Now I started to spend more time shaping my body to perform well instead of losing weight, and it was in the summer of 2013 that I contacted the triathlon club that today is called 3City Triathlon. There I got a whole new kind of support and help to be able to develop, thanks to common swincamps, biking and running training and totally invaluable tips to trix from totally amazing people I could develop more. And slowly but surely, I lost the last 10 kilos to the spring 2014, now the scale was 81.7kg. And with this you can summarize how I went through my weightloss. 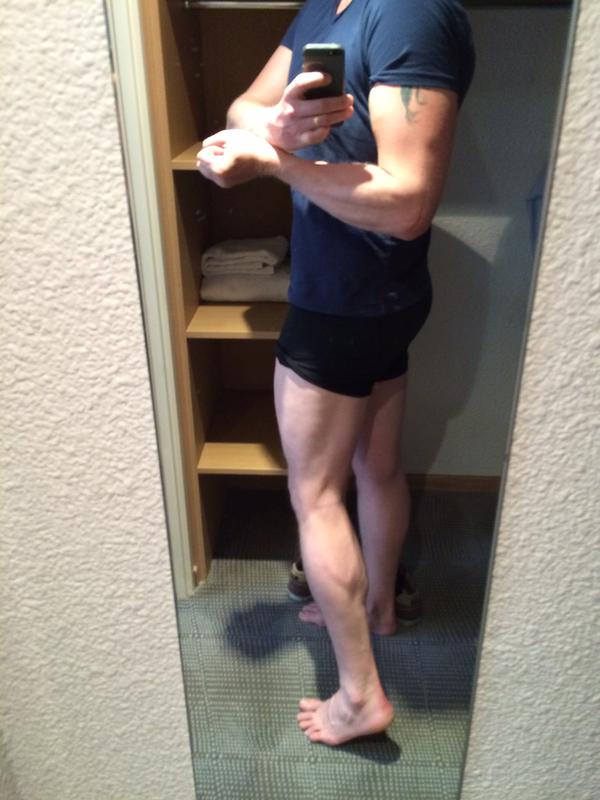